Making the world smaller since 1946.

Yingling Aviation has a legitimate claim to the title of “Premier Cessna Affiliate.” The company’s long association with Cessna has also been filled with a number of “firsts,” including being the first official Cessna dealer, the first Cessna Conquest dealer and ranking first when it comes to supplying Cessna parts to customers all over the world. The relationship goes back more than six decades and is marked by numerous interesting–and sometimes surprising—milestones and facts. 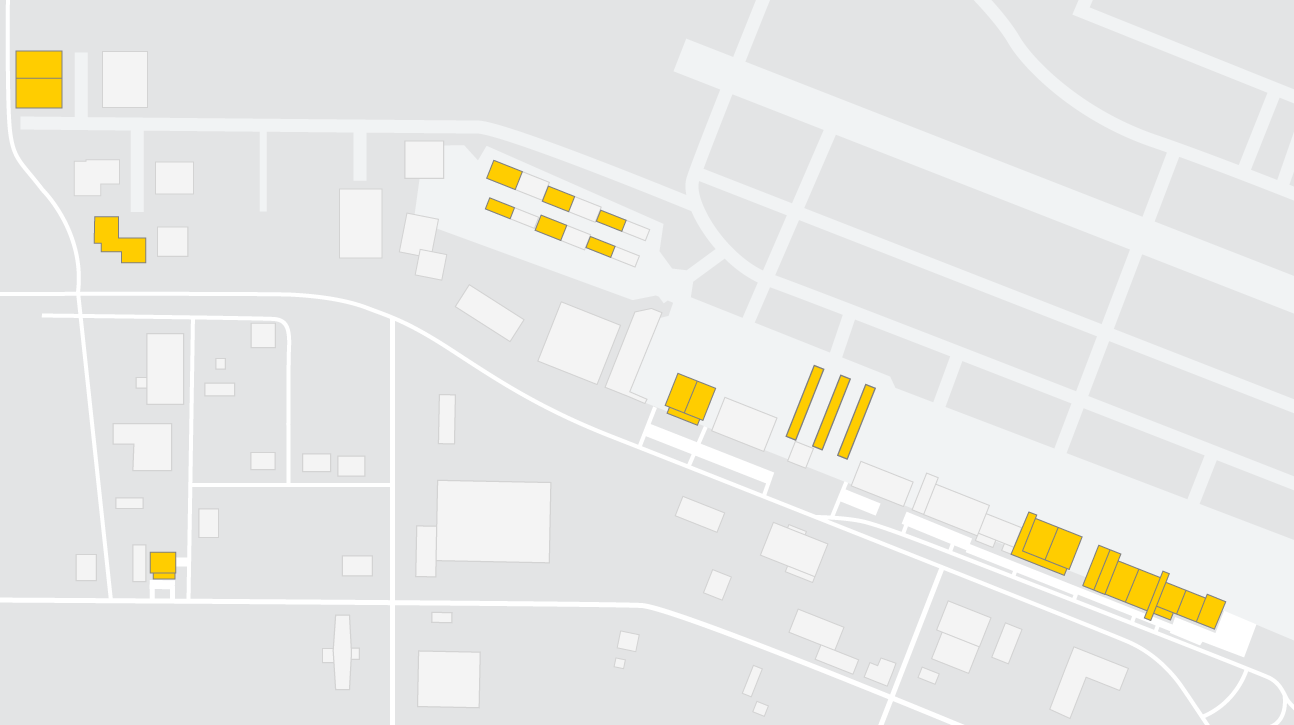 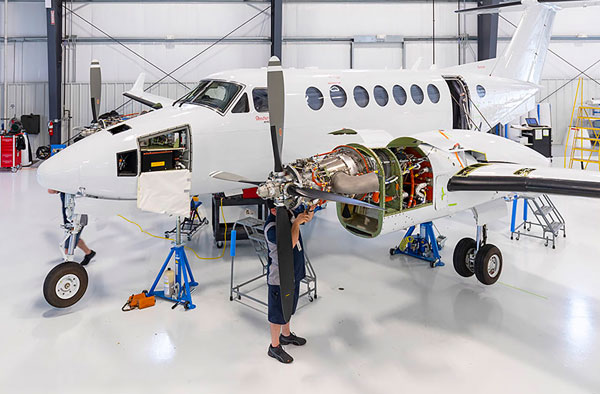 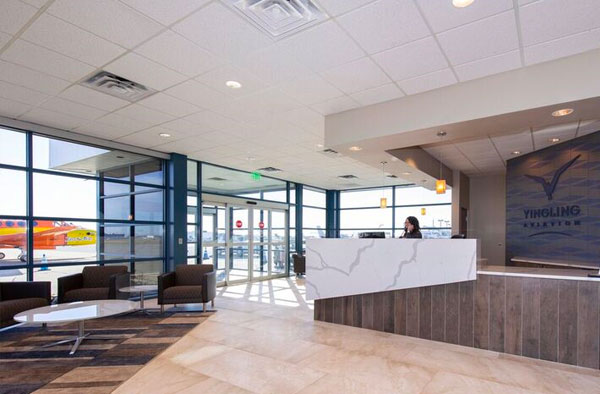 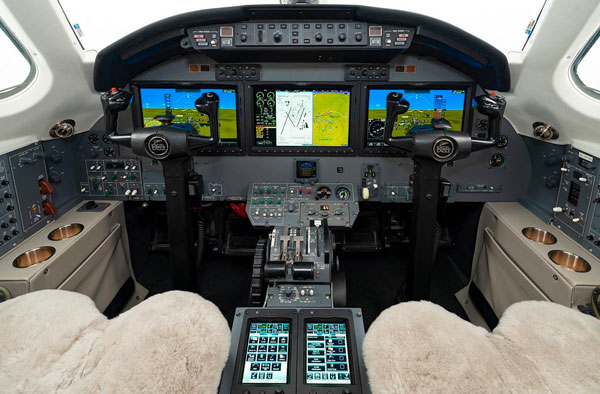 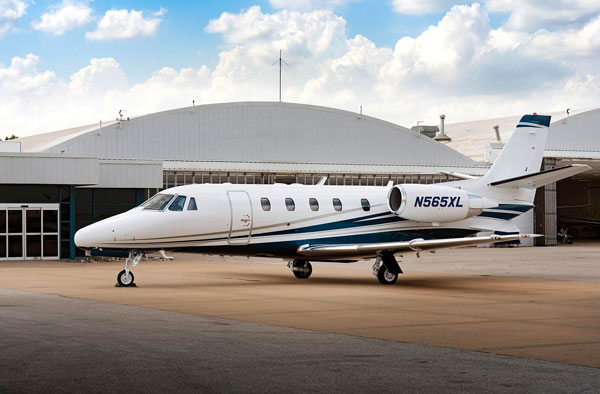 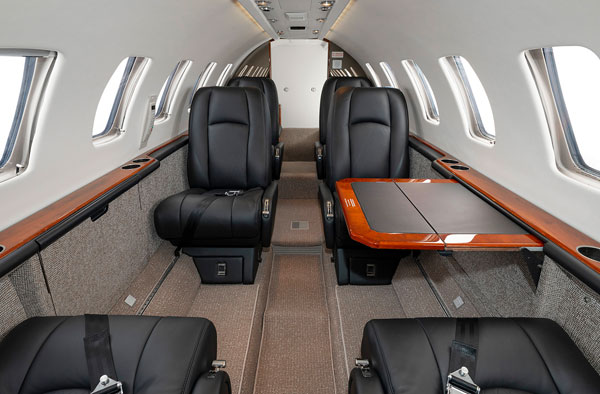 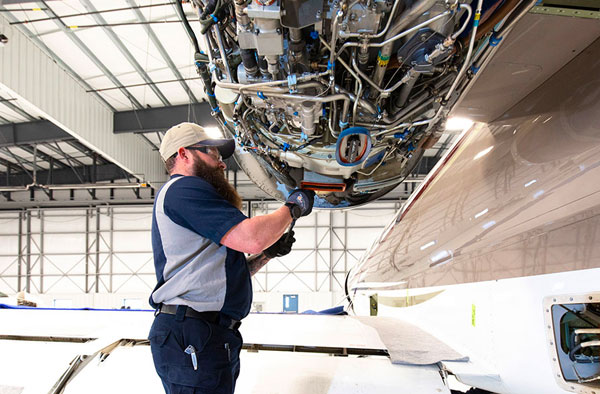 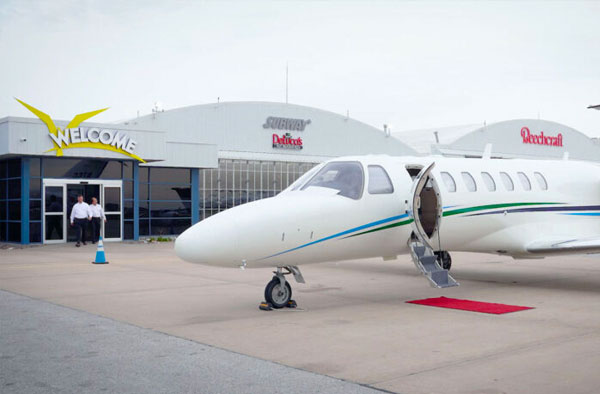 Storage of managed and corporate aircraft 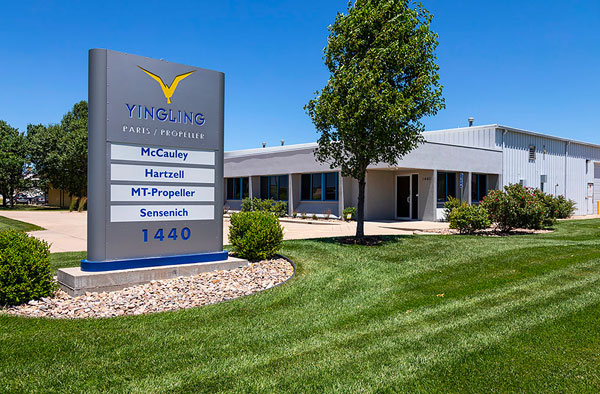 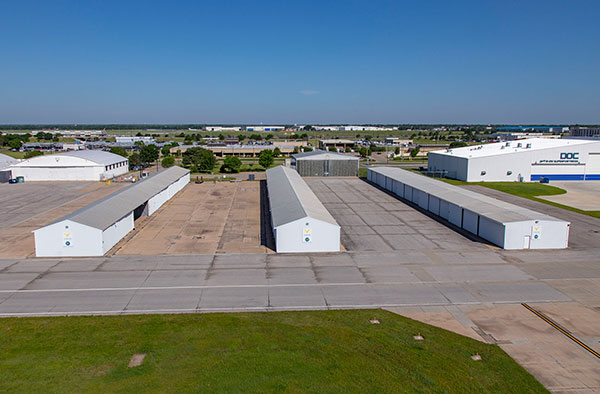 “They go the extra mile.”

“Love the customer service and support.”

“Amazing work, everyone should be proud of this project.”

“Your team delivered on the vision and timeline for a big project and the end result is perfect.”

“Their paint and interior work is top-notch.”

“Top service FBO that stands out in the industry.”

Yingling Aircraft was originally founded early in 1946 by Vic Yingling, Jr., an Army Air Corps captain, returning from World War II. The son of a prominent car dealer in Wichita, the younger Yingling recognized the potential for general aviation in Wichita as military contracts at Beech and Cessna gave way to more post-war commercial pursuits.

He set up shop in the terminal building at Wichita Municipal Airport (now McConnell Air Force Base) and, according to the morning Wichita Eagle, took delivery of a Cessna 140 single engine demonstrator in March of that year from Cessna CEO Dwane Wallace.

An avid flyer, he started out selling Cessna 120s and 140s—many of them to foreign buyers who would come to Wichita to accept delivery of their airplanes at Yingling. In 1954, the operation moved to its present location at Dwight D. Eisenhower National Airport (formerly Wichita Mid-continent Airport). There, the Yingling car dealership influence became obvious. The facility boasted a big showroom in the front of the building where buyers and curious locals would come in and look at the airplanes.

Bill Lear approached Mr. Yingling about having Yingling Sales and Service serve as Lear Jet’s official sales department, handling transactions for the revolutionary new personal jet with movie stars, business moguls and famous people from all over the world.

The two businessmen even went so far as to have stationery and envelopes printed with ‘Yingling Learjet Inc.’ on them. The deal fell through, however, because Mr. Lear wanted Yingling to buy the aircraft from him and then re-sell them to end-users. Yingling would have had to set the prices and take all the responsibilities…and risks! That proved unacceptable to Vic Yingling.

Still, Yingling has served lots of famous customers. Actors Kurt Russell, who owned a Conquest, Tom Selleck, a Cessna 210 owner, and the late Patrick Swayze have stopped in for fuel. Tom Cruise and Kirsty Alley have made appearances, as have actors Brad Pitt, Morgan Freeman, country singers Reba McIntyre and Martina McBride. Other noteworthy musicians have also stopped at Yingling, representing virtually every genre from rap (Kid Rock) to rhapsody (Wayne Newton). Actor Mickey Rooney and weatherman Willard Scott also visited Yingling and the singing group Aerosmith actually partied in the customer lounge with free popcorn while waiting for their airplane to be serviced.

Yingling has always been customer service oriented. Whether it’s providing ground transportation, or going the extra mile to ensure that visitors feel welcome and well cared for, Yingling has earned a well-deserved reputation for satisfaction and its workers are close knit and supportive of each other, as well as their customers. In 1977, Yingling was given the distinction of being the first dealer authorized to sell Cessna’s new turboprop, the Cessna Conquest. Eventually another dozen firms were granted the opportunity, as well. When Cessna created an incentive program to stimulate sales of the new model, most of the Conquest dealers considered the goals unreachable, but Yingling not only surpassed their targets, they did it twice. Employees and their spouses were rewarded with a trip to Las Vegas. They enjoyed three days and two nights at the Flamingo Hilton resort. One employee even got married while he was there!

Even incentive programs and creativity couldn’t stimulate sales enough to keep the 1980s from being a very challenging decade, however. In 1982, Jerry Vanier, a Salina businessman, purchased the operation. The growth and expansion of previous eras stalled as the entire general aviation industry endured a protracted period of hardship brought on by the onslaught of product liability litigations. Cessna quit producing its venerable line of single engine airplanes altogether and Conquest sales virtually dried up, as well. The company weathered the downturn for nearly a decade until an improving economy and the General Aviation Revitalization Act of 1994 stimulated business.

On January 1, 2000, Lynn Nichols purchased Yingling Aviation. In 2001 and 2002, Yingling began an extensive facilities renovation effort adding the popular Aviators Attic, a new Completions hangar (which accommodates the Caravan Oasis interior program) in 2005, and 9,000 square feet of hangar and office space for McCauley propeller overhaul and service in 2008, as well. In addition to a full-range of propeller services for business and personal aircraft, it also serves the US Department of Defense. In 2010, the shipping and receiving departments were expanded to accommodate additional parts inventory and enlarge and centralize tool cribs, as well. A new larger paint shop and two segregated battery rooms for testing and charging were also added.

In 2014, the company purchased a 10,000 square-foot warehouse to support their growing propeller operations. Factory authorized by McCauley, MT, Sensenich, and FAA approved Hartzell Propeller facility offers a full-range of services for its propeller customers.