The Value of Prop-er Care: The Importance of Propellers and the People Who Keep Them Turning 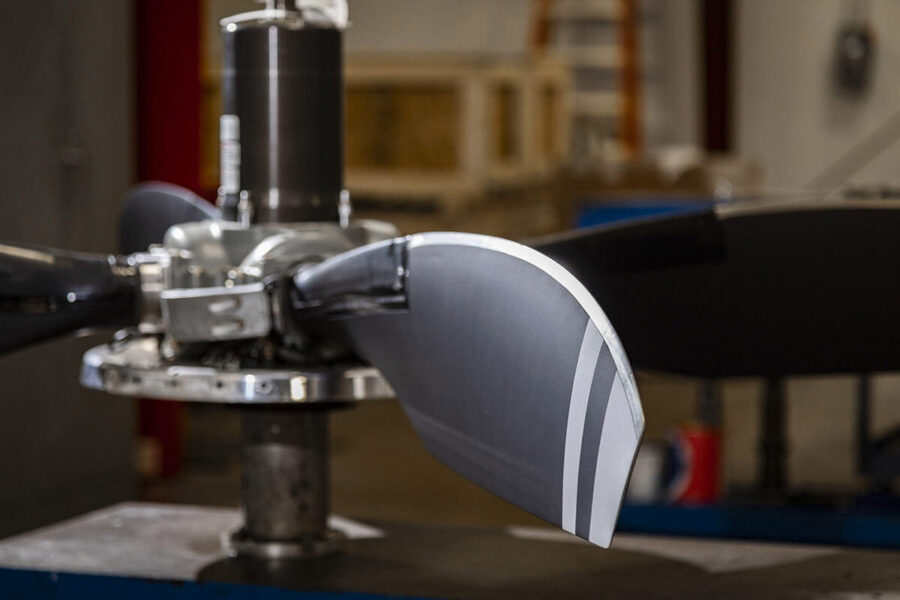 Propellers come in all shapes and sizes. There is the fixed-pitch wood variety that make great office decorations. There are high-tech six-blade composite designs like those that power the C-130 Hercules. And let’s not forget the first effective aircraft propellers carved out of spruce, designed and engineered by the Wright Brothers. Wilbur and Orville were the first to realize that the propellers were airfoils, too, and they fabricated and shaped the Wright Flyer’s two 8-foot diameter blades after extensive research and experimentation with shapes in their self-built wind tunnels.

The Wrights tested them in their Dayton bicycle shop using a two-horsepower motor. They added a twist along the blade’s length to create a more consistent angle of attack for the blade, ensuring that it pulled a consistent amount of air toward the plane with each rotation. A recent historical summary produced by Hartzell Propellers reported that the Wrights’ design produced a maximum efficiency of about 70 percent. Today’s propellers are around 90 percent efficient.

Like the airplanes that utilize them, propellers have evolved considerably over time. When you consider all the variants produced and all the attention paid to creating more efficient, durable technology, it’s obvious that the Wright Brothers were not just bicycle mechanics. Not only did they design and build a craft capable of sustained flight, they created a platform for an impressive array of interwoven technologies that they meticulously researched, developed, fabricated and modified into an incredible collection of products that spawned multiple industries. It’s no wonder the Wrights spent a significant amount of time after 1909 in court, defending and trying to protect the systems they designed. Needless to say, propellers were among the most important. Their innovative design moved aircraft propulsion from an idea to a reality.

Orville Wright actually inspired Robert Hartzell to start manufacturing hand-carved propellers from his walnut wood factory in 1917. Since then, the sharing of insights, developments and technological innovations has evolved into the rule rather than the exception – and the basis for the regulatory environment in which improvements have flourished.

Rebecca Williams is director of parts and propellers at Yingling Aviation, a full-service maintenance, repair, overhaul (MRO) and fixed base operator at Wichita, Kansas’ Dwight D. Eisenhower National Airport. She says communication and cooperation, even among competitors, are key to continued advancement in propeller design, efficiency and safety.

“In truth, we all work together,” Williams said. “Many of the propeller shops are either recommended, OEM factory-trained and certified, or OEM authorized service providers. The collaboration among propeller service providers worldwide has helped us expand the scope and quality of our overhaul, repair and final assembly of propellers. In some instances, we (propeller shops) are the customer, and in others, we are competitors – but we are really a family.”